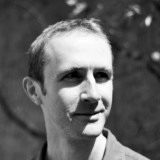 « Les Assises Innovation Prize has greater visibility than other prizes »

In 2016, Cryptosense won the Assises de la Sécurité et des Systèmes d’information Innovation Prize. With applications soon to be accepted for the 2017 edition, CryptoSense’s CEO Graham Steel looks back on the impacts the award has had and his company’s presence at Les Assises.

What impact has the Innovation Prize had on your company?

This wasn’t the first prize we’d won, but the Assises de la Sécurité et des Systèmes d’Information prize has greater visibility than others. First of all, because Les Assises has a highly qualified audience with specific needs and who stay up to date on the latest security solutions. And because this prize grants admission to the event. We were given the chance to talk with the previous year’s winners which really helped us prepare to attend Les Assises. The jury’s comments and those of the people we talked to after the pitch were also very useful in helping us evolve our solution. So, we came to Les Assises with a modified version, which people appreciated.

How did your time at Les Assises go?

Very well. First of all, because we were in Monaco with targeted clients: we talked to over a hundred qualified people. We had already been to the RSA conference attended by close to 25 000 people, but the contacts we made there weren’t as qualified. And the One-to-One meetings allow you to really talk with your contacts. At the end of last year, we realised three POC with three major French banks and these contacts were made thanks to the Assises Innovation Prize.

In 2017, we’re going to really focus on the financial sector: banks, clearing houses, etc. As for the technological part, we’re going to move onto IoT and Blockchain environments, and others as well. The company’s developing. We’re also going to be hiring sales people and engineers.

To know more about the Innovation Prize, click here!