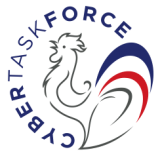 Les Assises partners with the CyberTaskForce

The CyberTaskForce is composed of members of parliament, high officials and experts in cyber defence and cybersecurity.

Its main objectives are to establish a dialogue among these protagonists and to make recommendations to Parliament. Acknowledged as a major cybersecurity player in France, Les Assises are participating in these debates and will host the CyberTaskForce delegation in Monaco on 13 October.

Last 23 May marked the official creation of the CyberTaskForce (CTF), which brings together some 30 cyber defence and cybersecurity experts. This initiative was the brainchild of Mélanie Bénart-Crozat (editor in chief of S&D Magazine) and Sébastien Garnault (founder of Garnault et Associés) and meets a number of objectives: to bring together stakeholders impacting the cyber chain (members of parliament, high officials, entrepreneurs, etc.); to educate all decision makers on what’s at stake; and to make concrete proposals for the next Military Planning Law and the Strategic Review. As a major cybersecurity player in France, Les Assises are participating in the CyberTaskForce’s debates. Within this framework, we will be receiving the delegation on 13 October for a morning of work and a visit to the forum. Other visits are planned throughout the year in both France and Brussels prior to submitting the group’s proposals in early 2018.

The first meeting allowed participants to make each other’s acquaintance and to begin discussing the topics and issues to be addressed at future meetings. A number of members, including Senator Michel Canevet and Vice-Admiral Arnaud Coustillière, explained how these problems have evolved in both the private and public sectors over the past decade. From the first attacks against Estonia in 2007 to more recent cases of sabotage and destabilisation, awareness and consideration of cyber threats have grown considerably, with a significant increase in the human, material and financial resources dedicated to fighting them. Still, the challenges are enormous, accentuated by organisations’ digital transformation, which, while an opportunity, also increases their potential for an attack. This is why it is important to stand together. So, while recognising the work done in France, NATO representative Jamie Shea insisted on the need for international cooperation and for dialogue with industry.

This link between cyber defence and cyber security, between civil and military players, between the professional world and academic research, was raised a number of times, because, “cyber is everybody’s business”. And this will be increasingly true in coming years as regulations and technologies evolve. However, as one of the speakers reminded us, this depends on our ability to establish a framework of trust. We are confident that the upcoming debates will be just as dense in information and sharing.